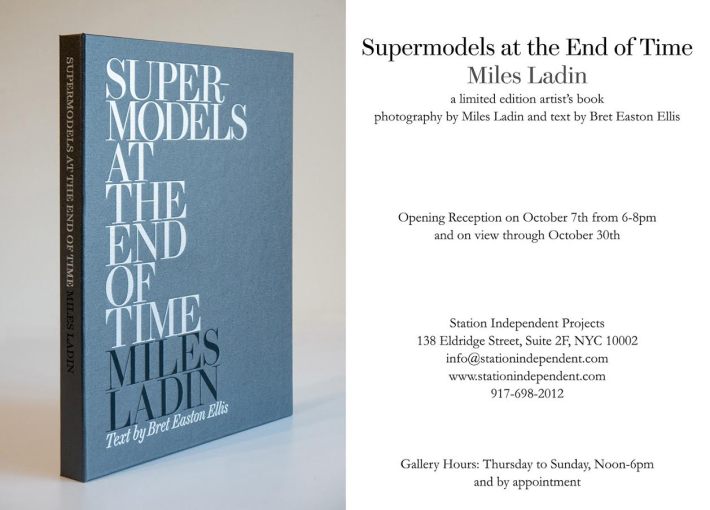 Miles Ladin: Supermodels at the End of Time

Supermodels at the End of Time is a limited edition artist’s book exposing the back-stage life of supermodels in the 1990s with photographs by SACI Alum, Miles Ladin (Fall 1988) and text by Bret Easton Ellis. An exhibition of the publication and photographs opens on Friday, October 7 from 6-8pm at Station Independent Projects in NYC. 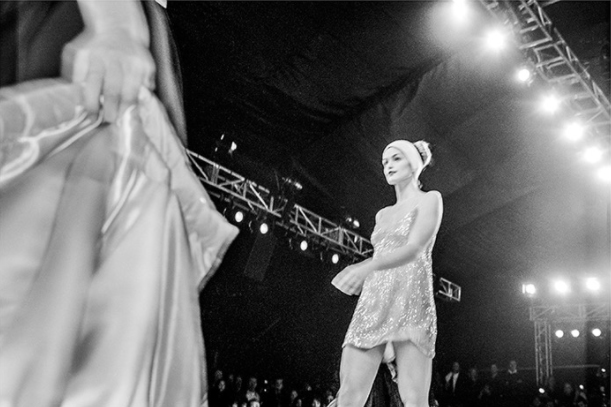 Supermodels at the End of Time presents a satiric look at the hollow glamour found during our most recent fin de siècle. This limited edition artist’s book was created by the artist and combines his signature black & white photography of supermodels shot in the 1990s with text by author Bret Easton Ellis. Supermodels include: Kate Moss, Naomi Campbell, Cindy Crawford, Linda Evangelista, Lauren Hutton, Iman, Christy Turlington, and many more. Creative Director Nick Vogelson acted as Design Consultant on the edition.

While on assignment for Women’s Wear Daily and W Magazine, Ladin captured his supermodels at A-list events including the Met’s Costume Institute Gala, the CFDA Awards, and New York Fashion Week. During the same period, Ellis wrote his novel Glamorama which was published in 1998. Ellis’ fictional world is a sardonic cracked mirror based on the same reality that Ladin captured in film.

Supermodels at the End of Time takes the viewer onto the runway of fashion’s elite and into the dark recesses of beauty’s shadow side. A copy of the edition was recently acquired by the Museum of Modern Art/Franklin Furnace Artist Book Collection. 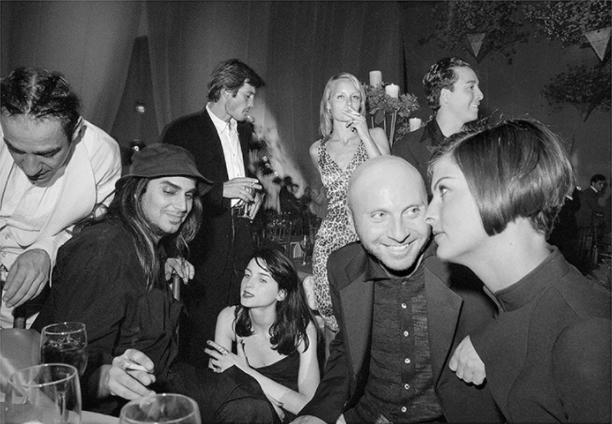 Miles Ladin’s work has been exhibited at international venues such as The Photographer’s Gallery in London, Exit Art in New York City, The Center for Photography at Woodstock, The Fine Art Works Center in Provincetown, and Sàn Art in Ho Chi Minh City. In 2009, his work was featured in a solo exhibition at Miami’s Wolfsonian Museum. Last year, a survey containing the artist’s pictures from 30 seasons of New York Fashion Week took place at Connecticut College in New London. Ladin’s photography is included in public and private collections such as The Victoria & Albert Museum, The Library of Congress, Ms. Sophie Calle, and Mr. John Guare. His artist’s books are included in the University at Buffalo’s Poetry Collection and the Whitney Museum of American Art’s Special Collections Library.

Supermodels at the End of Time at Station Independent Projects, NYC, October 7th through the 30th