-3 days! SACI’s Symposium/Exhibition “From Galileo to Mars: Renaissance of the Artsciences” featuring artists and guests from NASA – November 12, 2016

From Galileo to Mars: Renaissance of the Artsciences

The event is free and open to the public.
R.S.V.P. required.

SYMPOSIUM FROM GALILEO TO MARS
Cinema Odeon Piazza Strozzi, Firenze at 9am

The Convergence of the Arts and Science in Design Thinking with VITTORIO CAFAGGI -Dainese, Corporate Marketing Manager: Mission to Safety: From Earth to Mars Inspired by Humans

12:00 LIA HALLORAN – Artist: Your Body is a Space That Sees 12:30 Symposium Roundtable discussion with all guest speakers

Recently, President Barack Obama, in an interview on CNN’s website, stated that the United States will send the first humans on Mars by 2030. For some years now, in order to make this possible, NASA scientists have been collaborating with engineers, artists, and designers on the development of special projects such as vehicles, habitats, and space suits to improve the life of the first explorers on the Red Planet. On Saturday, November 12, SACI Studio Arts College International is dedicating an entire day to the developments in the relationship between arts and sciences by hosting the symposium From Galileo to Mars – Renaissance of the ArtSciences, with distinguished guests such as the Deputy Administrator of NASA Dava Newman, NASA astronaut, engineer and artist Nicole Stott, Italian astronaut Paolo Nespoli (via Skype from Kazakhstan), architect and designer Guillermo Trotti, CEO D-air Lab Vittorio Cafaggi, and artist and professor Lia Halloran.

The first part of the event, which is supported by the City of Florence, the Region of Tuscany, the US Consulate General Florence, and Dainese, will be held at the Cinema Odeon beginning at 9 am with greetings from the President of Florence’s Cultural Commission Maria Federica Giuliani on behalf of Florence Mayor Dario Nardella, Tuscan Regional Commissioner Stefano Ciuoffo and the U.S. Consul General in Florence Abigail M. Rupp, followed by presentations by world renowned scientists, artists, and designers, moderated by SACI President Steven Brittan. In the afternoon, there will be an opening in the SACI Gallery in Palazzo dei Cartelloni of the research and documentation of Lia Halloran’s Your Body is a Space That Sees.

Beginning with NASA’s journey to Mars, creative minds will compare notes at the symposium on the potential for multidisciplinary collaboration and innovation, which has received international attention thanks to initiatives such as ARTS AT CERN, a program promoting the dialogue between artists and particle physics at the European Organization for Nuclear Research in Geneva.

Until recently, space exploration was limited to sectors such as science, technology, mathematics, and engineering. Lately, it has become evident that artists and designers can play a primary role in new discoveries and technological development of objects for space missions, including space ships spacesuits, and habitats.

Architect and designer Guillermo Trotti has collaborated with NASA in the design of lunar bases and vehicles, spacesuits suitable for exploration of the moon and Mars, and vehicles for missions to Mars and International Space Stations.

Lia Halloran’s artwork often engages with scientific concepts. Her series of cyanotype prints, Your Body is a Space That Sees, which celebrates the discoveries of female scientists and researchers in the field of astronomy, allows the observer to embark on a never-ending journey through nebula, craters, galaxies, and comets, as does her series of paintings, The Only Way Out Is Through, based on the monumental selenite crystals discovered in Cueva de los Cristales in Naica, Mexico.

Ex-astronaut Nicole Stott creates artwork inspired by her travels in the cosmos so that she can share the spectacular beauty she witnessed through the windows of the Space Shuttle and promote projects realized in space that will benefit life on our planet.

At 3:30 pm, symposium guests will visit Palazzo dei Cartelloni, SACI’s main building and the former home of mathematician Vincenzo Viviani, who decorated the façade with inscriptions in Latin to commemorate his mentor, Galileo Galilei. Guests will view research and documentation of Lia Halloran’s series Your Body is a Space That Sees, a tribute to women in astronomy which draws from narrative, imagery, and historical accounts of Hypatia of Alexandria, Caroline Herschel, Helen Sawyer Hogg, and a group of women at Harvard in the late 1800’s known as “Pickering’s Harem” or the “Harvard Computers.”

Also on exhibit will be a spacesuit and biosuit produced and by Dainese, a pioneer in personal-safety apparel for motorcyclists, designed in collaboration with the Massachusetts Institute of Technology (MIT), D-Tec, and the Industrial Design Studio of Trotti and Associates; the Morris replica of Galileo’s telescope, on loan from the Museo Galileo; the Invisible sandal on loan from the Museo Salvatore Ferragamo; a video installation about Palazzo dei Cartelloni, Galileo Galilei, and Vicenzo Viviani by Laura Villani; English translations of the Latin text about Galileo Galilei that appears on the facade of SACI’s Palazzo dei Cartelloni; and installations by SACI’s Body Archives students.

Prior to the symposium From Galileo to Mars – Renaissance of the ArtSciences, artists and creative persons are invited to participate in a special Instagram contest with works that represent the connection between art and science. The works with the hashtag #FromGalileotoMars and a brief caption that best represent the spirit of the initiative will be selected to be screened at Palazzo dei Cartelloni on the afternoon of Saturday, November 12. 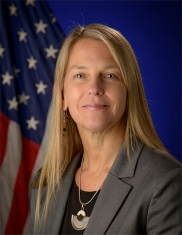 Dava Newman Dr. Dava Newman was nominated by President Barack Obama in January 2015 and confirmed by the U.S. Senate in April 2015 to serve as the Deputy Administrator of the National Aeronautics and Space Administration. She began her duties with the agency on May 18, 2015. Prior to her tenure with NASA, Newman was the Apollo Program Professor of Astronautics at the Massachusetts Institute of Technology (MIT) in Cambridge. Her expertise is in multidisciplinary research that encompasses aerospace biomedical engineering. Newman’s research studies were carried out through space flight experiments, ground-based simulations, and mathematical modeling.

Nicole Stott Nicole has been described as an artistic astronaut. On the International Space Station in 2009 and the final mission of Space Shuttle Discovery in 2011, she used her artwork to share the awesome beauty she experienced through the windows of the Space Shuttle. Nicole adapts art and science in unique ways. She created The Space Suit Art Project, a campaign to raise awareness of childhood cancer. 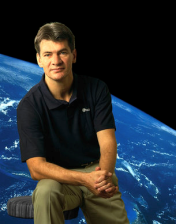 Paolo Nespoli Paolo is an astronaut who was a mission specialist on Space Shuttle Discovery to the International Space Station in 2007 and a flight engineer on his second mission in 2010-11. He performed a number of experiments for the European scientific community in human physiology and biology and played a key role inside the station for the mission’s spacewalks. He also produced a film called First Orbit, a real-time recreation of history’s first human space flight by Russian cosmonaut Yuri Gagarin. Paolo will be launched on a Soyuz spacecraft in May 2017 as part of a 5-month international mission.

Guillermo Trotti Gui has helped organizations worldwide to design and create sustainable environments and products. Working with NASA and MIT, Gui, who is both an architect and industrial designer, has made his life work designing structures and vehicles to withstand and operate in extreme environments. An example is the counter-pressure space suit he developed for lunar and Mars surface exploration. He has taught at the University of Houston and Rhode Island School of Design.

Vittorio Cafaggi Vittorio has worked for Dainese since 1990, where he has covered positions both in the Sales Deptartment and in the Marketing Department. In charge of corporate activities and special projects, he followed the Biosuit and Skinsuit projects and is today CEO of D-air Lab, the company founded by Mr. Lino Dainese to study all possible applications of the D-air technology (airbags for humans) to activities other than sports.

Lia Halloran Lia is a renowned artist whose work has been shaped by her profound inspiration for astronomy and space sciences, particularly the role of women in space. A SACI alum, Lia has held solo exhibitions in New York, Los Angeles, Miami, Boston, and Vienna. Selected works from her exhibition Your Body is a Space That Sees, which sources historical images and narratives to trace contributions of women in astronomy since antiquity, will be shown at SACI’s Palazzo dei Cartelloni. Lia was awarded an Art Works Grant from the National Endowment for the Arts for this project. She has experimented with new media technologies and participated in several interdisciplinary projects where art and science intersect.

Steven Brittan As President of SACI, Steve is an outspoken crusader for the importance of multidisciplinary learning and implementation. An architect, teacher, and entrepreneur, his life work has been driven by his enthusiasm for technological innovation and design committed to sustainability of planet earth. He taught at Harvard, Rhode Island School of Design, and Columbia University.

SACI Studio Arts College International is a U.S. non-profit college of art and design. It was founded in 1975 in Florence by artist Jules Maidoff. In addition to undergraduate courses in art, design, conservation, art history, and Italian language and culture, it offers graduate degrees in Studio Art, Photography, Communication Design, and Art History.